Car driver, killed when he crossed the center line and hit a guardrail in Kaizu City, Gifu Prefecture.

GIFU – At around 9:30 a.m. on May 19, a passenger car crossed the center line and collided with a guardrail in the opposite lane on Route 258 in Yasue, Nanno-cho, Kaizu City, Gifu Prefecture. When it swerved and returned to its original lane, it collided with a minicar. 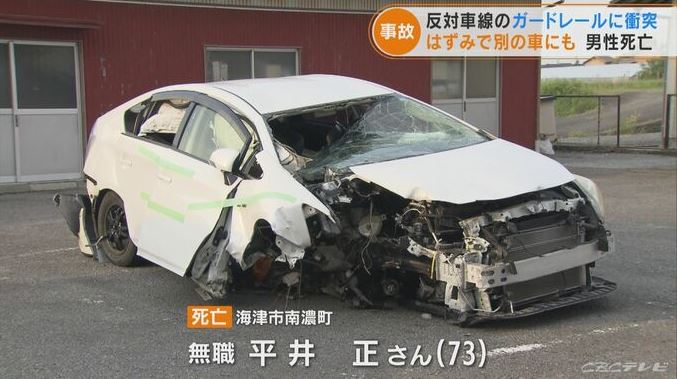 Car driver, killed when he crossed the center line and hit a guardrail in Kaizu City, Gifu Prefecture. (CNC Terebi)

Tadashi Hirai, 73, an unemployed man from Nanno-cho, Kaizu City, who was driving the passenger car that collided with the guardrail, was rushed to the hospital where he was later confirmed dead.

Meanwhile, the 21-year-old college student driving the minicar was not injured.

The scene is a one-lane, clear-cut road, and police are investigating the details of the accident.