Elderly man bleeding and lying dead at an intersection, “drag marks” on his head and stomach, investigated as a hit-and-run case, Taito Ward, Tokyo.

TOKYO – A man was found lying dead at an intersection in Taito Ward, Tokyo, in the early morning hours of May 20. The Metropolitan Police Department is investigating the incident as a hit-and-run. 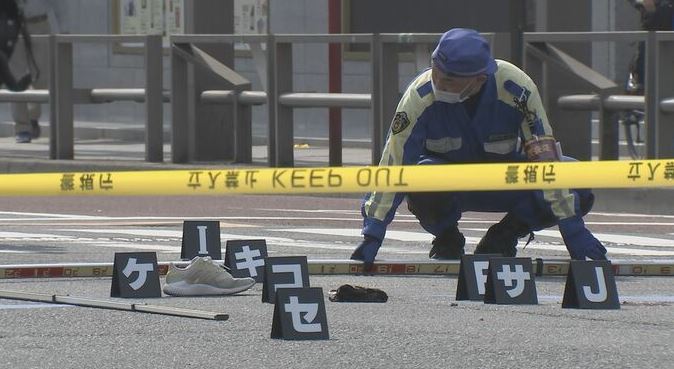 Elderly man bleeding and lying dead at an intersection, “drag marks” on his head and stomach, investigated as a hit-and-run case, Taito Ward, Tokyo. (TBS News)

Shortly after 5:00 a.m. on May 20, a passerby reported 110 at a crossroads intersection in Ueno, Taito-ku, saying, “A person is lying on the ground and bleeding.

According to the Metropolitan Police Department, a man believed to be in his 80s collapsed at the intersection with blood pouring from his head and was taken to the hospital, where he was later confirmed dead.

According to the police, the man was crossing the road near the intersection when he collided with a large truck, and there were marks on his head and abdomen as if he had been dragged.

The Metropolitan Police Department is pursuing the whereabouts of the large truck as a hit-and-run case.