IBARAKI – On the night of the 22nd, a car traveling in Kamisu City, Ibaraki Prefecture, collided with a utility pole, killing and injuring five people. 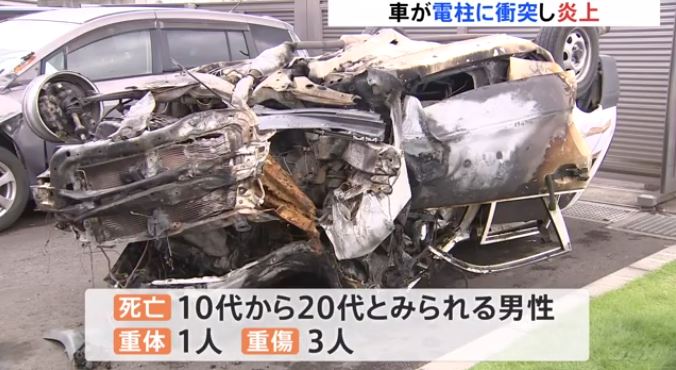 A car hit a utility pole, overturned, and burst into flames.

At around 10:00 p.m. on the 22nd, a witness called 110 to report that “a car hit a utility pole, overturned, and burst into flames” on a national highway in Ota, Kamisu City.

Police arrived to find a broken pole and an overturned car on fire.

According to the police, the fire was extinguished about an hour later, but the car was destroyed and all five male occupants were taken to the hospital. One man, believed to be in his teens or twenties, was killed, another is in a critical condition, and three others have serious injuries, including broken bones.

Police are investigating the circumstances and cause of the accident.