Passenger car crashes into drugstore, backs out of space with no stalls.

KAGOSHIMA – On the afternoon of the 25th, a passenger car plowed into a drugstore in Yoshino-machi, Kagoshima City. No one was injured. 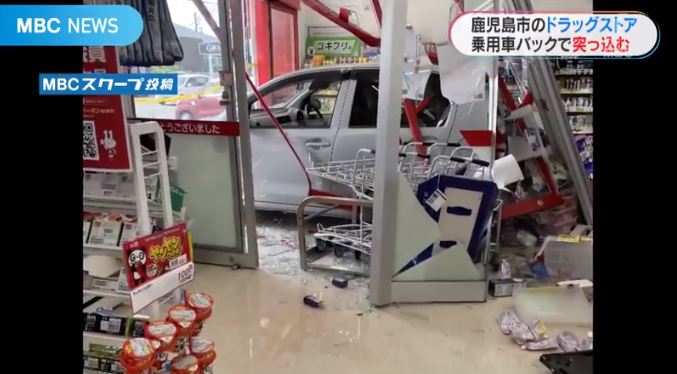 Passenger car crashes into drugstore, backs out of space with no stalls. (MBC News)

A passenger car crashed into the entrance of the store. The window frame is heavily distorted and glass and merchandise are scattered.

According to the police, a passenger car backed into a drugstore in Yoshino-cho, Kagoshima City, shortly after 2:00 p.m. on March 25. Several customers in the store and the driver of the car were uninjured.

There is a parking space in front of the store, but there was no stop sign at the entrance area where the car crashed. The driver is believed to be an elderly person, and the police are investigating the cause of the accident.