A car flew away by a gushing wind, roof tiles, scattered in Fukushima Prefecture!

FUKUSHIMA – On the evening of the 25th, a series of damages, believed to be caused by gusty winds, occurred in Nihonmatsu City, Fukushima Prefecture. 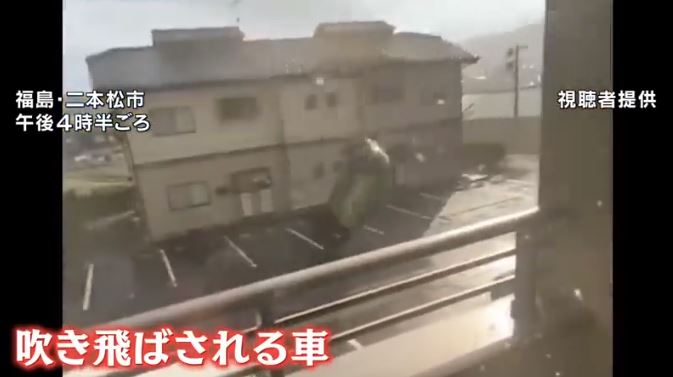 A car flew away by a gushing wind, roof tiles, scattered in Fukushima Prefecture! (TBS News)

A green passenger car was blown away by a gust of wind in Nihonmatsu City, Fukushima Prefecture, at around 4:30 p.m. on March 25. The gust caused damage to cars and roof tiles of houses, but no one was injured.

According to Nihonmatsu City, the wind gusts are believed to have been localized within the city, and the extent of damage is not yet clear. Atmospheric conditions in the prefecture became unstable in the afternoon, and hail was observed in Nihonmatsu City.