SHIZUOKA – Early in the morning of May 26, an elderly woman was hit by a train at a railroad crossing in Fuji City. The woman was rushed to the hospital, where she was confirmed dead. 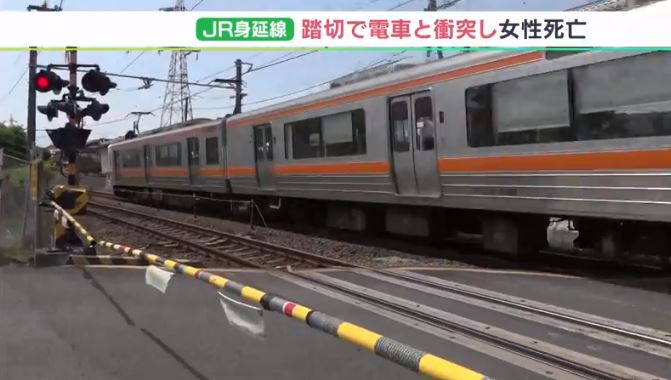 At around 5:50 a.m. on March 26, an 86-year-old woman from Yuzuki, Fuji City was hit by an up train bound for Fuji from Nishi-Fujimiya at a level crossing on the JR Minobu Line in Matsuoka, Fuji City. The woman was hit hard all over her body and was rushed to the hospital, where she was confirmed dead.

The approximately 90 passengers on the train were uninjured. Due to the accident, operation of the Minobu Line was suspended for approximately two hours on both the upper and lower lines. The police are investigating the cause of the accident in detail.