FUKUOKA – On the morning of the 29th, an 86-year-old man driving a passenger car was killed when a passenger car and a truck collided head-on on a prefectural road in Fukuoka City’s Sagara Ward. 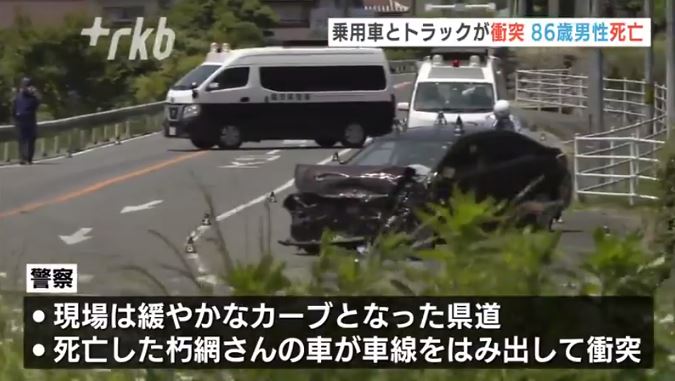 A passenger car and a truck collided head-on on a prefectural road in Wakiyama, Sagara-ku, Fukuoka City at around 10:30 a.m. on the 29th.

Masatoshi Kutami of Itoshima City, who was driving the passenger car, was rushed to the hospital in an unconscious state and was pronounced dead approximately three hours later.

The 51-year-old man driving the truck sustained minor injuries that are not life-threatening.

The prefectural road at the scene has one lane with a gentle curve, and according to the police, based on information from witnesses, the car of the deceased Kutami ran out of the center lane and collided with an oncoming truck.