17,039 corona infections nationwide, down from the same day last week in 43 prefectures.

On the 7th, 17,039 new cases of the new coronavirus were confirmed nationwide. 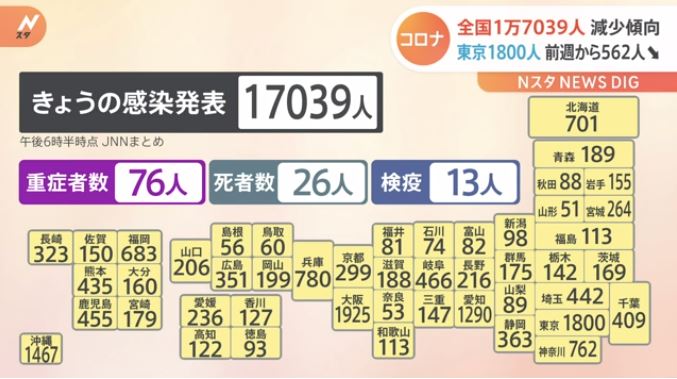 The Tokyo Metropolitan Government announced 1,800 new cases of infection on June 7. This is a decrease of 562 cases from last Tuesday and the 25th consecutive day below the same day of the previous week.

Nationwide, 17,039 new infections have been announced; 43 prefectures are below the same day of the week in the previous week, indicating a nationwide downward trend.

Of the infected hospitalized nationwide, 76 are seriously ill. Twenty-six new deaths have been confirmed.