Mother, arrested for putting her dead baby’s body inside a suitcase and hiding it in a closet

TOKYO – A 23-year-old woman was arrested for dumping the body of her newborn baby in a closet at her apartment in Hino, Tokyo. 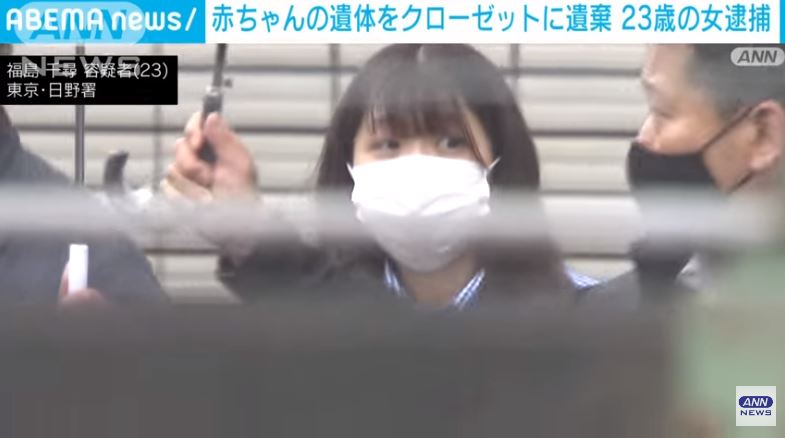 Mother, arrested for putting her dead baby’s body inside a suitcase and hiding it in a closet (ANN News)

Chihiro Fukushima is suspected of hiding and abandoning the body of a soon-to-be-born baby boy in a closet in his apartment in Hino City on June 5.

According to the Tokyo Metropolitan Police Department, the suspect’s mother smelled a strange odor in Chihiro’s room, so she checked it out and found the body of a baby in a suitcase in the closet.

Based on the condition of the body, the baby is believed to have died around last month.

Chihiro admitted to the charges, saying, “I put the baby I gave birth to in a suitcase and abandoned it.

The Metropolitan Police Department is investigating the details of how the baby died.