Nagoya Festival to be held for the first time in three years, but on a reduced scale

The City of Nagoya has announced that it will hold the Nagoya Festival, a traditional autumn event, for the first time in three years. 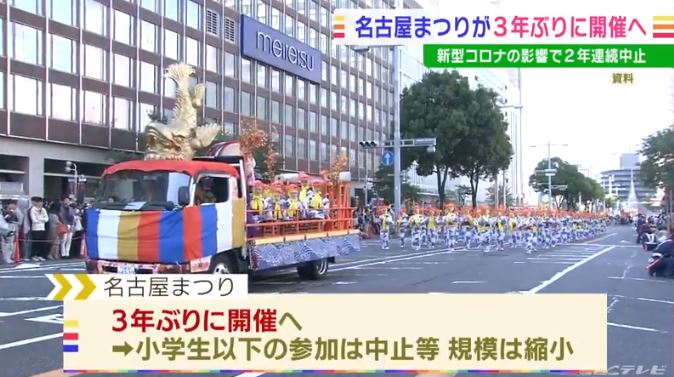 Nagoya Festival to be held for the first time in three years, but on a reduced scale (CBC News)

The “Nagoya Festival” is known for the procession of the three heroes, Nobunaga, Hideyoshi, and Ieyasu, with approximately 600 people parading through the center of the city.

The festival had been canceled for two consecutive years due to the new Corona virus, but on June 9, Nagoya City, which serves as the festival’s secretariat, announced that the festival would be held for the first time in three years on a reduced scale.

The Nagoya Festival is scheduled for October 15 and 16, and the city commented, “We know that many citizens are looking forward to the festival, which will be held for the first time in three years, so we want to prepare for it by taking all possible measures to prevent infection.