Man, arrested for driving without license, hitting a traffic light and trying to flee in Nagoya

AICHI – In May, a 17-year-old boy was arrested for driving a car without a license and causing an accident in Moriyama Ward, Nagoya City, causing serious injuries to his two friends who were in the car, but fleeing the scene. 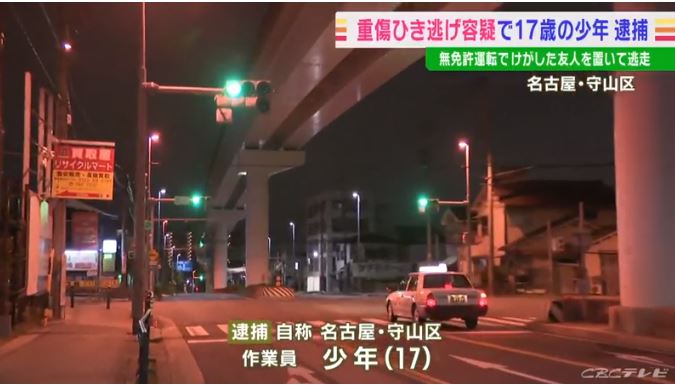 Man, arrested for driving without license, hitting a traffic light and trying to flee in Nagoya (CBC News)

According to the police, before dawn on May 27, the boy was driving a standard cargo car without a license when he hit a traffic light at an intersection in Moriyama Ward.

The police are still investigating the boy’s motive for running away.