Old man inside a car falls into a river, died from drowning

HOKKAIDO – On the afternoon of the 13th, an elderly man was killed when his car was found to have fallen into a river in the town of Brimuro, Hokkaido. 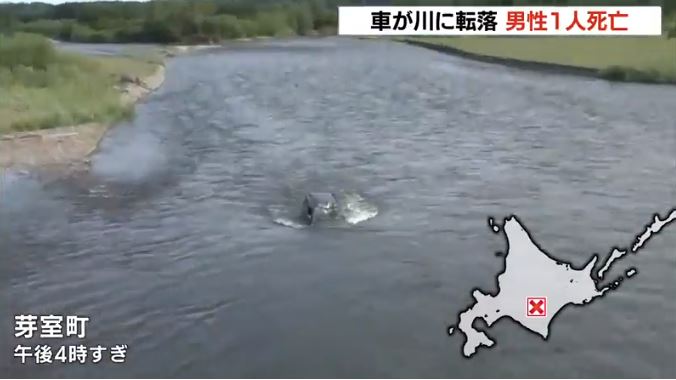 Old man inside a car falls into a river, died from drowning (TBS News)

Around 2:30 p.m. on the 13th, passersby and fishermen reported to the police that there were people and cars in the river in the Tokachi-gawa River that flows through the town of Brimuro.

When police officers arrived, they found that the small RV had fallen into the river, and one elderly man who had washed up on a sandbar downstream was rescued in cardiopulmonary arrest and pronounced dead at the hospital where he was taken.

Police are investigating the details of the situation, believing that the small RV fell down an embankment near the river.