HIROSHIMA – On the afternoon of June 15, an elderly man was crossing a pedestrian crossing in Hiroshima City when he was hit by a minicar. The man was taken to the hospital, where he was later confirmed dead. 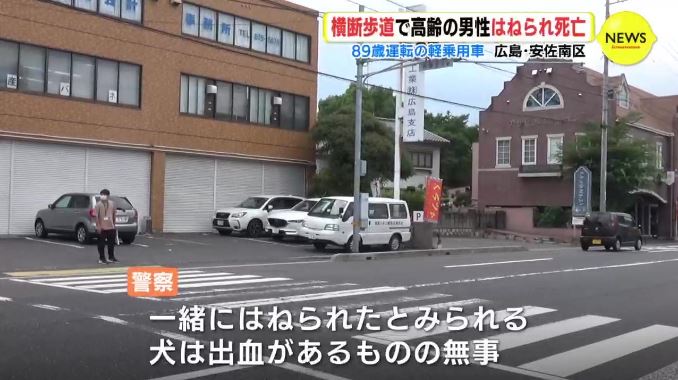 According to the police, around 1:00 p.m., an elderly man was crossing a crosswalk when he was hit by a minicar driven by an 89-year-old woman who was driving northbound. The man was rushed to the hospital, where he was confirmed dead approximately two and a half hours later.

According to the police, the man’s identity is not yet known, but it is believed that he was walking his dog. The deceased was later identified as Naoyuki Inoue, 75, of Asaminami Ward, Hiroshima City.

The dog that is believed to have been hit together is bleeding, but is safe. The police are investigating the details of the accident, including the condition of the traffic signal at the time.