Three Vietnamese men arrested for stealing a large amount of medicines from a drugstore and reselling them to their home country.

HOKKAIDO – Three Vietnamese men were arrested and sent to prison for stealing a large quantity of medicines and other items, specializing in drug stores. 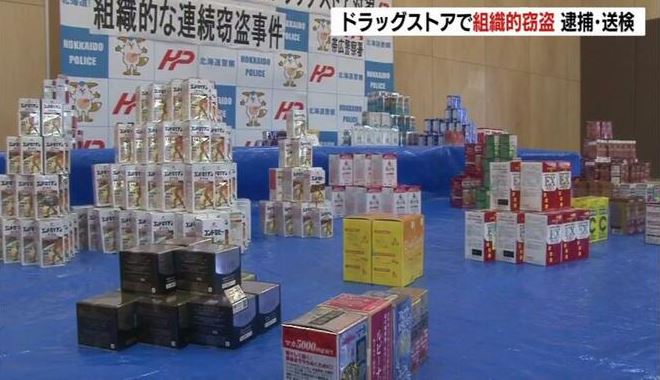 Three Vietnamese men arrested for stealing a large amount of medicines from a drugstore and reselling them to their home country. (TBS News)

The three are suspected of conspiring to steal medicines, cosmetics, and nutritional supplements, specializing in drugstores in Obihiro and Sapporo cities.

According to the police, the three had a total of 31 thefts at the drugstore, with the total amount of damage amounting to approximately 4 million yen.

The stolen goods were sold to Vietnam through a Vietnamese man in his 20s living off the road. The police are trying to track down this Vietnamese man as an accomplice as well.