Fire broke out in a Yakiniku restaurant near train station, several cars were damaged by fire in Nogata City, Fukuoka Prefecture 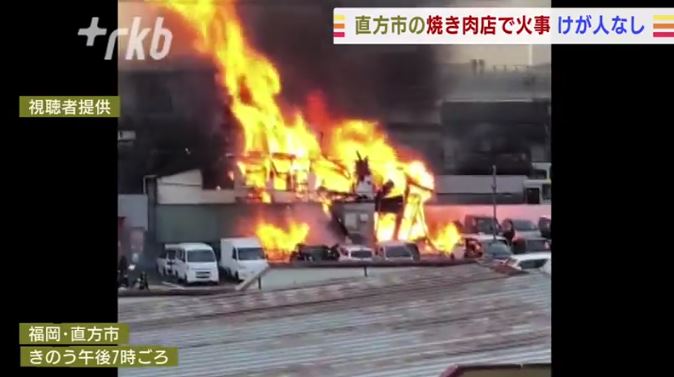 Fire broke out in a Yakiniku restaurant near train station, several cars were damaged by fire in Nogata City, Fukuoka Prefecture (rkb)

At around 6:30 p.m. on June 26, an employee of Kongoen, a yakiniku restaurant near JR Nogata Station in Nogata City, reported to the fire department that flames and smoke were coming from the restaurant.

The fire was extinguished after about 7 hours, destroying a 3-story building and several cars in the adjacent parking lot.

According to the police, the first and second floors are occupied by a yakiniku restaurant and the third floor by the owner’s residence. At the time of the fire, there were several employees and customers in the restaurant, but no one was injured. The police and fire department are investigating the cause of the fire.