Regarding the new coronavirus, 23,299 infections were announced nationwide on the 3rd. The number of cases is increasing nationwide. 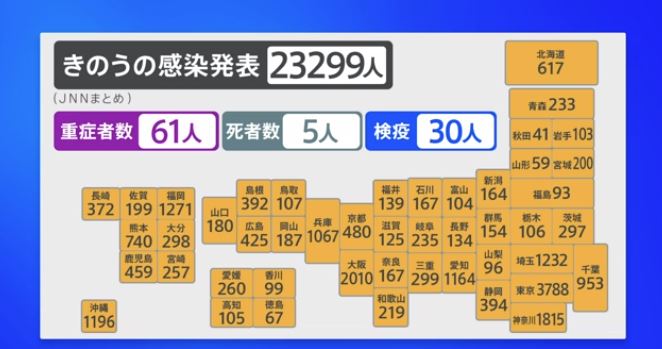 The Tokyo Metropolitan Government announced 3,788 new cases of the new coronavirus on July 3. This is an increase of 1,784 cases from last Sunday and the 16th consecutive day higher than the same day of the previous week.

The average number of new cases over the last seven days is approximately 3,200.

Nationwide, the number is on the rise, with 45 prefectures, with the exception of Fukui and Okinawa prefectures, showing an increase over the same day last week.

Of the infected hospitalized, 61 are considered “seriously ill,” and five new deaths have been announced.