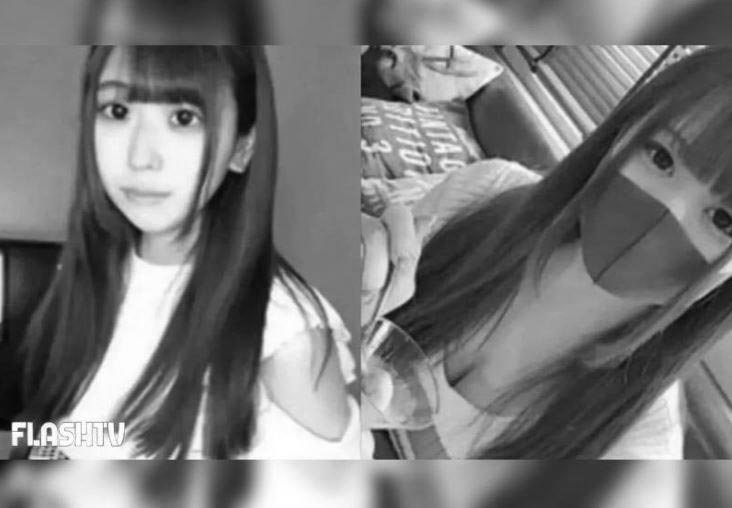 Ten days later, the body of the pretty 23-year-old was found dumped on a slope in a forest in Hitachiota, Ibaraki Prefecture, about six metres below a forest road.

According to Japanese media reports, the body was naked and partially decomposed.

Rina was reportedly a freelance nude model who charged up to 100,000 yen (S$1,068) per shoot and was also known for her pornographic videos involving her photoshoot clients.

She was last seen on June 5, captured on closed-circuit TV footage entering the vehicle of a man who had been texting her.

After Rina’s family reported her missing, the police tracked her whereabouts to the villa of 33-year-old Hiroyuki Sampei, who was subsequently arrested on June 14 under suspicion of kidnapping and confining the young woman for four days.

The villa was near the forest road where Rina’s body was later found.

A sweep of the villa’s basement revealed a mattress and other items implying someone had resided there. However, Rina was not found.

Denying the accusations, Sampei claimed that he brought Rina to his villa and consensually took pictures of her in handcuffs before driving her to a nearby store and seeing her off.

His mobile phone, which contained said photos, was confiscated by police.

The drive recorder in Sampei’s car also captured images of his vehicle cruising down a forest road that appeared to be near where the body was found.

According to other media reports, a police statement said: “Rina Arano was tied to a tree without clothes and has been dead for almost two weeks.”

Rina’s body was identified by her fans after police released information regarding the description.

Her smartphone was also located at Sampei’s villa on June 20.

According to post-mortem autopsy reports released on June 21, Rina had a fractured hyoid bone, which carries the weight of the tongue and is thus a key part of speech and swallowing. She could have been strangled to death, investigators surmised.

The case is still under investigation.