New cases of the new coronavirus were announced yesterday in all prefectures, up from the same day of the previous week, and doubled in Tokyo. 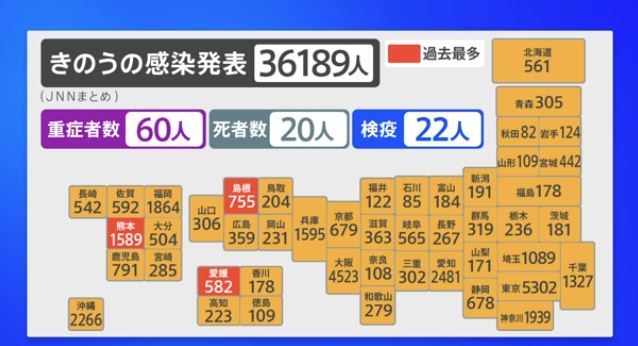 All prefectures exceeded last Tuesday’s numbers, with Kumamoto, Shimane, and Ehime breaking the record for the most people announced per day.

The total number of cases nationwide is 36,189, an approximate 1.9-fold increase from last Tuesday. Of those hospitalized nationwide, 60 are considered “seriously ill,” and 20 new deaths have been reported.