47,977 new cases of infection nationwide announced, about 3 times the number on the same day of the previous week in Akita, Gunma, and Yamanashi

The number of newly announced cases of the new coronavirus is approaching 48,000 nationwide today, roughly double the number from last Thursday. 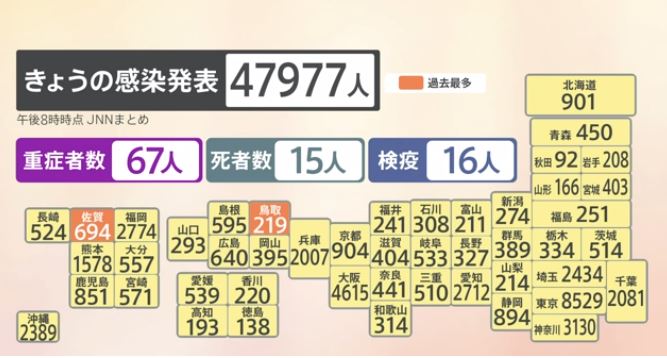 47,977 new cases of infection nationwide announced, about 3 times the number on the same day of the previous week in Akita, Gunma, and Yamanashi (JNN)

The number of infected people hospitalized nationwide who are considered “seriously ill” is 67, and 15 new deaths have been announced.