Man who stabbed junior high school girl “I stabbed them to go to jail” Sendai, Miyagi

MIYAGI – In the case of the July 7 arrest of a man for stabbing two junior high school girls with a kitchen knife on a street in Sendai City, we have newly learned that the man said he did it to commit murder and go to jail. 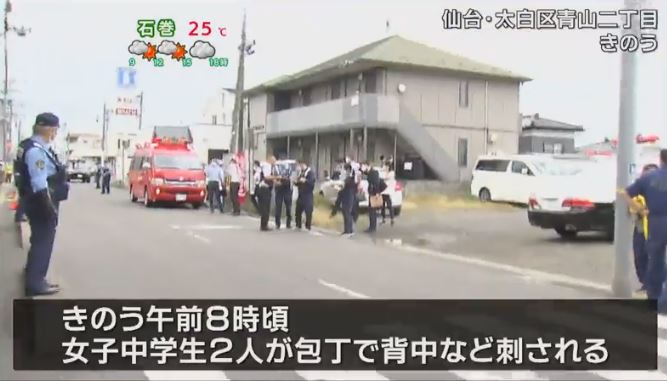 At around 8:00 a.m. on July 7, two junior high school girls were stabbed in the back with kitchen knives in the Aoyama 2-chome area of Taihaku-ku, Sendai City, and an unemployed suspect, Hiroyuki Obari, 43, who lives nearby, was arrested on suspicion of attempted murder of one of the girls.

One junior high school girl is seriously injured and one is slightly injured.

In subsequent interviews with investigators, we newly learned that the suspect, Owari, stated that he did it to commit murder and go to jail.

The police also released the suspect on the grounds that there was an error in the arrest procedure and arrested him again on suspicion of attempted murder.

When they first arrested him, they mistakenly gave him the name of the other victim.
The police commented that it was a procedural issue and did not interfere with the investigation.