76,199 new cases of new corona nationwide announced yesterday, the largest number ever for a Monday.

A total of 76,199 new cases of the new coronavirus were announced yesterday nationwide. This is a record number for a Monday. 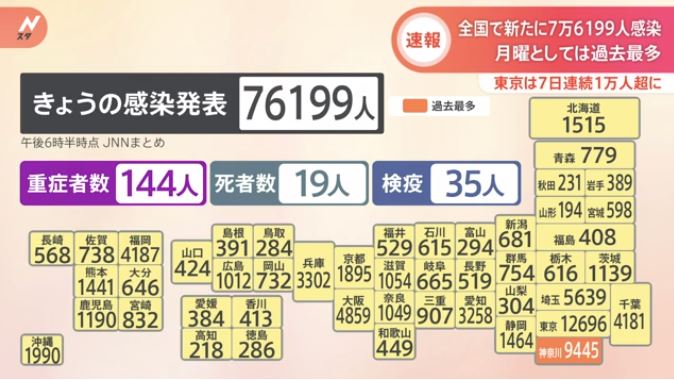 The Tokyo Metropolitan Government announced yesterday that 12,696 new cases have been reported. This is an increase of 6,465 cases over last Monday and the seventh consecutive day that the number of cases has exceeded 10,000.

Nationwide, 76,199 infections have been announced so far, the highest number of infections ever confirmed on a Monday. The number of seriously ill patients among those hospitalized nationwide has increased by 15 to 144. The number of new deaths is reported to be 19.