Newly 66,745 cases of the new coronavirus were announced yesterday in Japan. Tokyo has had more than 10,000 infections for eight consecutive days. 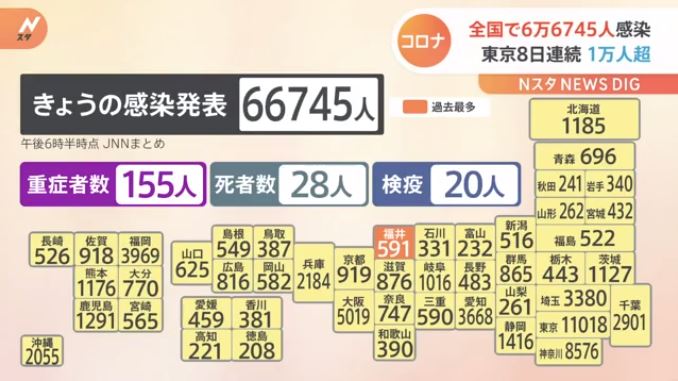 The Tokyo Metropolitan Government announced 10,018 new cases yesterday. This is a decrease of 493 cases from last Tuesday and the first time in almost a month that the number of cases was lower than the same day of the previous week, but the number of cases has remained high, exceeding 10,000 for eight consecutive days.

Nationwide, 66,745 cases have been announced so far, a record number in Fukui.

Of the infected hospitalized, 155 were considered “seriously ill”. This is an increase of 65 people from last Tuesday, and the number of people in critical condition is also on the rise.

As for new deaths, 28 have been announced.