Family of 3 drowns at Awamata Falls, a tourist attraction in Chiba Prefecture; father jumps into the water to save his son, dies.

CHIBA – A father was killed when two members of his family drowned while playing at a waterfall, a well-known tourist attraction in Chiba Prefecture. The father jumped into the water to save his son who was stuck in the depth of the waterfall. 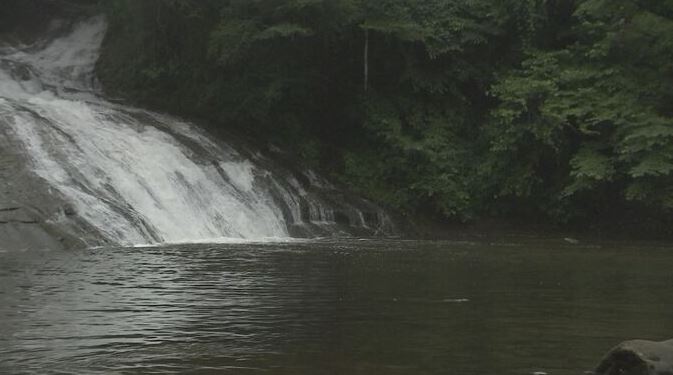 Family of 3 drowns at Awamata Falls, a tourist attraction in Chiba Prefecture; father jumps into the water to save his son, dies. (TBS)

Just before 3:30 p.m. yesterday, three members of a family visiting from within the prefecture drowned at Awamata Falls, a well-known tourist attraction in the town of Otaki, Chiba Prefecture.

According to the police, a father (50) and a mother drowned when their son, a 6th grader, got into the waterfall and drowned. The mother was able to speak when she was taken to the hospital.

The son got out of the water on his own and sustained only minor injuries.

According to the police, the amount of water may have increased due to rainfall on the previous day, the 19th, and they are investigating the circumstances of the accident.