83-Year-Old Woman Hit and Killed by Truck on National Highway in Iga, Mie

MIE – An 83-year-old woman was struck and killed by a truck while crossing a road in Iga City, Mie Prefecture. 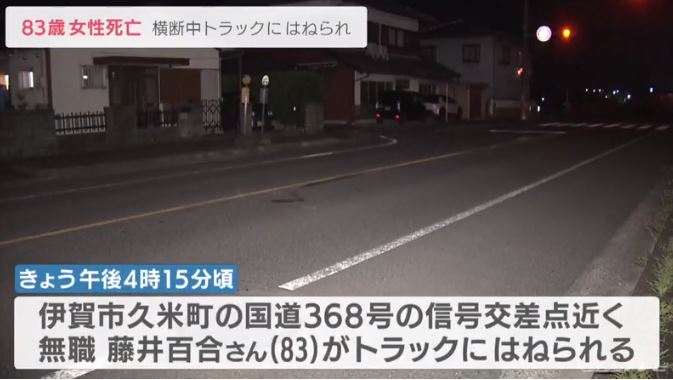 At around 4:15 p.m. on July 21, Yuri Fujii, 83, an unemployed woman living nearby, was crossing the road near a signal intersection on National Route 368 in Kume-cho, Iga City when she was hit by a truck.

Fujii was transported to the hospital, but was pronounced dead shortly afterwards, having suffered severe injuries to her abdomen and other parts of her body.

The scene was a straight road with one lane in each direction with good visibility, and the police are investigating the circumstances of the accident in detail.