Regarding the new coronavirus, 176,554 infections were announced nationwide on the 24th. This is an increase of approximately 70,000 compared to last Sunday. 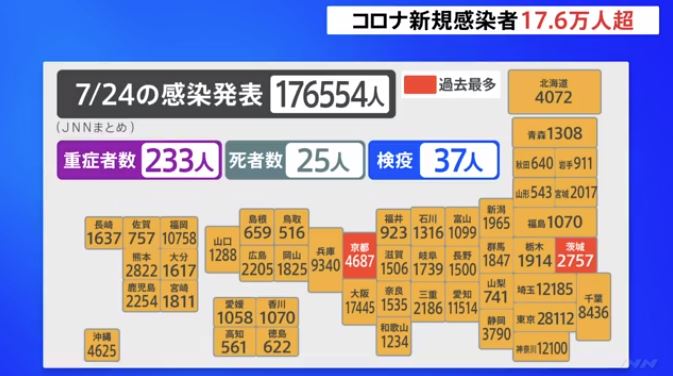 The Tokyo Metropolitan Government announced 28,112 new infections on July 24, the first time in four days that the number of infections has fallen below 30,000, but an increase of more than 10,000 from last Sunday.

Nationwide, 176,554 infections have been announced, an increase of approximately 70,000 compared to last Sunday, with record highs in Kyoto and Ibaraki.

In addition, there are 233 “seriously ill” infected patients hospitalized nationwide, and 25 new deaths have been announced.