Nationwide, 196,500 cases of the new coronavirus were announced yesterday. The number of deaths has also skyrocketed, exceeding 100 for the first time in about four months, with 115 reported. 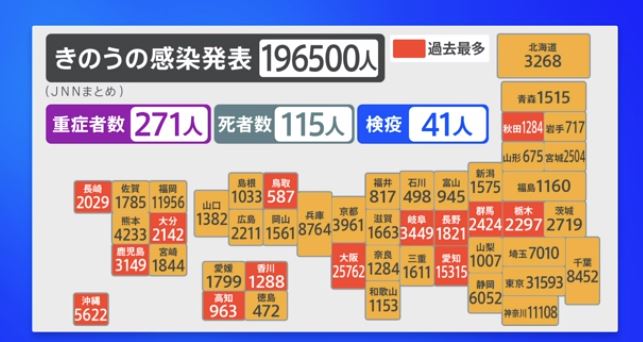 The Tokyo Metropolitan Government announced 31,593 new cases of infection yesterday, exceeding 30,000 for the first time in three days and a 2.9-fold increase compared to last Tuesday.

The number of “seriously ill” cases among those hospitalized nationwide is 271, and the number of new deaths has exceeded 100 for the first time in almost four months, with 115 announced.