Man arrested for theft of 27 pairs of student jersey pants at his home.

AICHI – A 42-year-old man was arrested for stealing jersey pants that were drying on the balcony of a house in Anjo, Aichi Prefecture. 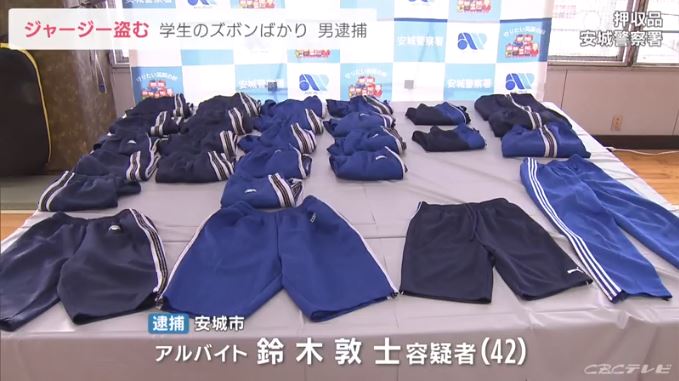 Man arrested for theft of 27 pairs of student jersey pants at his home. (CBC)

The suspect, Atsushi Suzuki, 42, a part-time worker in Anjo City, was arrested.

According to the police, Suzuki is suspected of stealing a pair of jersey pants that were hanging on the balcony of a 27-year-old woman’s house in Anjo City on June 20.

The jerseys were used by the woman as a student, and 27 pairs of jersey pants, used by students, were found in the suspect Suzuki’s home.

Upon questioning, the suspect admitted to the charges, saying it’s for his own use.