MIE – A Japan Ground Self-Defense Force (JGSDF) officer was arrested on suspicion of committing a lewd act on a 13-year-old girl at a hotel in Mie Prefecture. 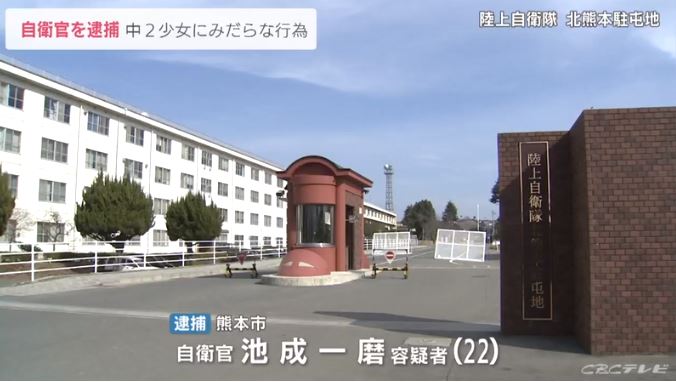 The suspect, 22-year-old Kazuma Ikenari, a Japan Self-Defense Force officer stationed in Kitakumamoto, is a resident of Kumamoto City.

According to the police, Ikenari is suspected of violating the prefectural ordinance on sound upbringing of youths by engaging in lewd acts with a 13-year-old girl at a hotel in Mie Prefecture last December, knowing that she was under 18 years old, and filming the act with a smartphone.

The two met through social networking services, and Ikenari has admitted to the charges.