On July 31, 197,792 cases of the new coronavirus were announced nationwide. 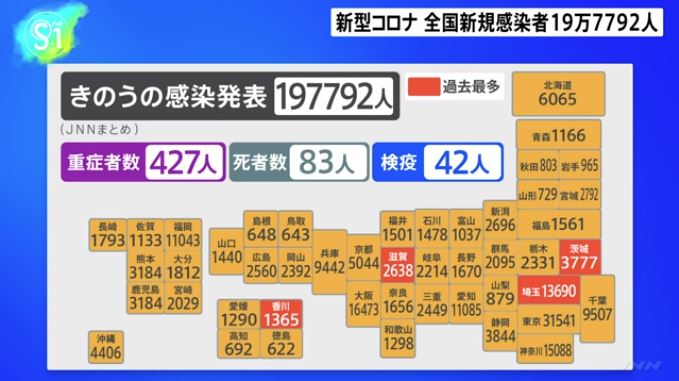 The Tokyo Metropolitan Government announced 31,541 new cases of infection on Sunday, a record number for a Sunday, exceeding 30,000 for the fourth consecutive day.

The average number of new cases over the past seven days was approximately 32,100, 1.3 times the number of cases a week earlier.

The average number of inspections per day over the last three days is approximately 31,000.

According to JNN’s summary, 197,792 cases were announced nationwide on the 31st, with record numbers in Ibaraki, Saitama, Shiga, and Kagawa prefectures.

In addition, 427 of the infected people hospitalized nationwide are considered “seriously ill,” and 83 new deaths have been announced.