Female teenager, died after jumping on the train tracks and got hit by a passing express train in Toyoake, Aichi

AICHI – On the night of July 31, a woman was struck and killed by a passing train at Meitetsu Toyoake Station in Toyoake City, Aichi Prefecture. 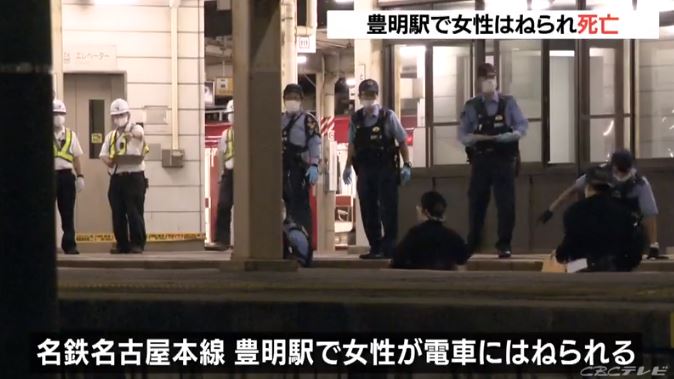 Female teenager, died after jumping on the train tracks and got hit by a passing express train in Toyoake, Aichi (CBC)

The victim, a young woman, was pronounced dead at the scene.

The express train came to a sudden stop at the scene, but none of the approximately 50 passengers were injured.

According to the train driver, he saw a figure entering the tracks from the platform and braked suddenly, but could not brake in time.