Apprentice instructor, arrested after assaulting and kicking an elementary school student in the stomach in a calligraphy class

CHIBA – An apprentice instructor was arrested for assaulting an elementary school student in a calligraphy class, including kicking him in the stomach. 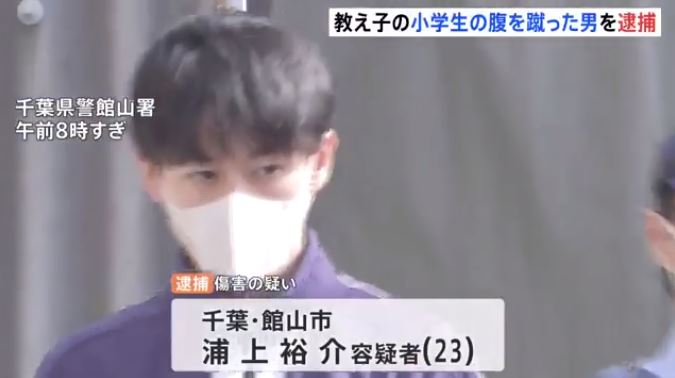 Apprentice instructor, arrested after assaulting and kicking an elementary school student in the stomach in a calligraphy class (TBS)

The suspect, Yusuke Urakami, 23, of Tateyama, Chiba, was arrested on suspicion of injury.

The suspect is suspected of grabbing a sixth-grade boy, 12, by the chest and pushing him down, kicking him in the stomach, and inflicting a two-month serious injury that damaged his internal organs.

The boy was on summer vacation and attending a calligraphy class, and the suspect Urakami was teaching him as an apprentice. The suspect admitted the charge, saying, “There is no doubt about it.