A man was arrested in Nagoya City for possessing cookies containing marijuana ingredients for sale; three men who purchased the cookies sold them to over 2,500 people

AICHI – A man was arrested in Nagoya City for possession of cookies containing marijuana ingredients with the intent to sell them. 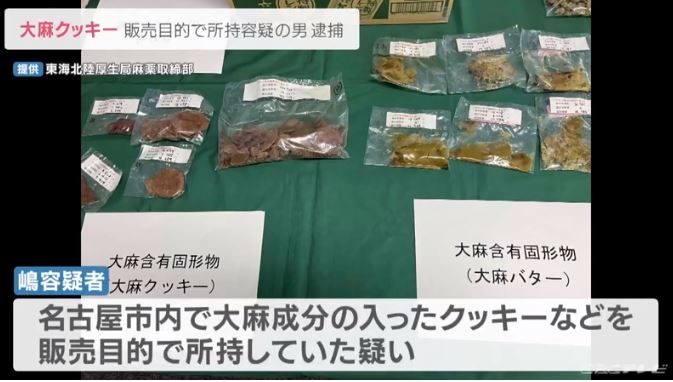 A man was arrested in Nagoya City for possessing cookies containing marijuana ingredients for sale; three men who purchased the cookies sold them to over 2,500 people (CBC)

According to the Drug Enforcement Division of the Tokai-Hokuriku Health and Welfare Bureau, Shima is suspected of violating the Marijuana Control Law by possessing cookies and other items containing marijuana ingredients for sale in his apartment in Nagoya City in May of this year.

Three men between the ages of 19 and 25 were also arrested for purchasing “marijuana cookies” and other items from the suspect.

The three had sold to more than 2,500 people on social networking sites.