Male University Student, arrested for killing kittens because he prefers dogs over them

OSAKA – A 21-year-old college student was arrested for killing cats because he prefers dogs. 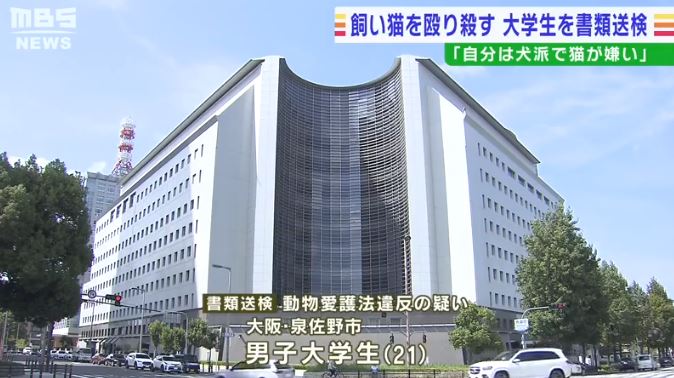 Male University Student, arrested for killing kittens because he prefers dogs over them (MBS)

A male university student (21) from Izumisano City, Osaka Prefecture, was sent to prosecutors on suspicion of violating the Animal Protection Law.

According to the police, in January and April of this year, the suspect allegedly killed a 3-month-old cat in an apartment in Izumi City, and also killed another 6-month-old cat. The cats later died from suffering injuries.

The college student had kept the kitten at the request of her girlfriend, with whom he was living at the time. When the girlfriend noticed something was wrong, she urged im to bring the cat to a veterinary clinic, where the incident was discovered.

The university student admitted to the police that he liked dogs and disliked cats, and that he was frustrated because he had failed at a job interview.

The college student had a total of six cats and dogs, four of which had died in the six months since last September, and the cause of death of the other two is unknown.