Human bones, found in a plantation near Universal Studios Japan!

OSAKA – Yesterday afternoon, a human skull and bones were found in a plantation beside Universal Studios Japan in Konohana-ku, Osaka City. 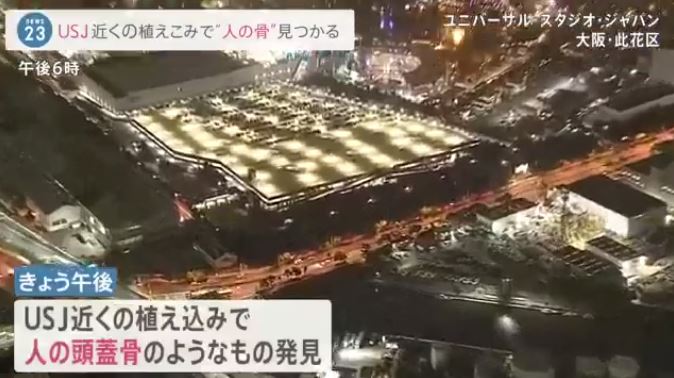 The bones were discovered around 2:30 in the afternoon wherein a female employee discovered a human skull and teeth in a planted area by a sidewalk beside Universal Studios Japan.

According to the police, several other bone-like objects were found scattered around the area, as well as a piece of cloth. No personal belongings were found.

Moreover, the age and sex of the baby are not known, but the size of the bone suggests that it is not an infant at least. The police are investigating the situation in detail.