Man arrested for robbing a woman by punching her in the face and taking her bag on subway stairs, Atsuta-ku, Nagoya

AICHI – A man was arrested for assaulting a woman and taking her bag at a subway station in Atsuta-ku, Nagoya. 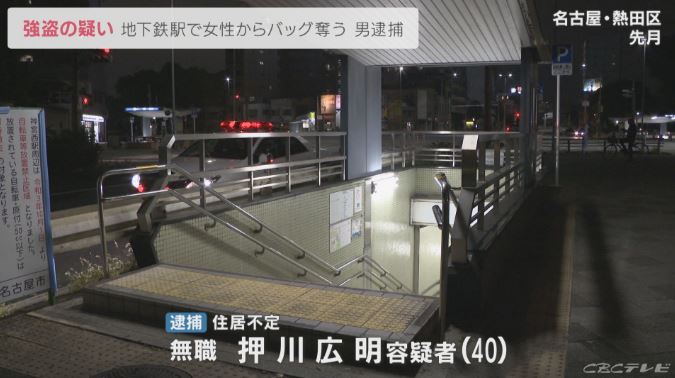 Man arrested for robbing a woman by punching her in the face and taking her bag on subway stairs, Atsuta-ku, Nagoya (CBC)

Hiroaki Oshikawa, 40, is suspected of robbing a 58-year-old woman by punching her in the face and taking her shoulder bag containing cash at the entrance stairs of Jingu-Nishi Subway Station at around 7 p.m. on September 14.

Oshikawa denied some of the charges, saying, “I’m sure I stole the bag, but I only hit him with my arm when I swatted him away.

Oshikawa was arrested on suspicion of snatching a pochette and other items from a woman in her 60s at Jingu-Nishi Station on the following day, the 15th.