Woman, dead after getting hit by a limited express train in Meitetsu Nagoya line.

AICHI – A woman was hit by a limited express train near Sakyouyama Station on the Meitetsu Nagoya Main Line yesterday and died at the scene. 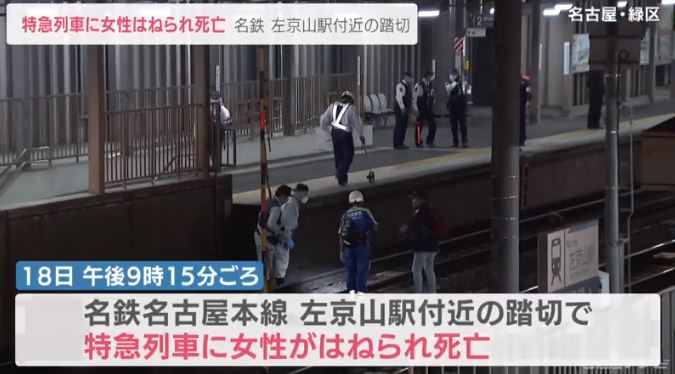 Woman, dead after getting hit by a limited express train in Meitetsu Nagoya line. (CBC)

The limited express train was bound for Toyohashi from Shin-unuma and the incident happened at a railroad crossing near Sakyouyama Station on the Meitetsu Nagoya Main Line in Midori Ward, Nagoya City, at around 9:15 p.m. on October 18.

According to the driver of another train, he said that a woman was standing on the railroad crossing. Thankfully, no passengers or crew members were injured.

Due to the accident, operation of the Meitetsu Nagoya Main Line was suspended in some sections, but resumed approximately one hour later.