TOKYO – A Vietnamese national was arrested on suspicion of selling jellies containing unapproved pharmaceutical ingredients on the Internet, claiming that they were effective for weight loss. 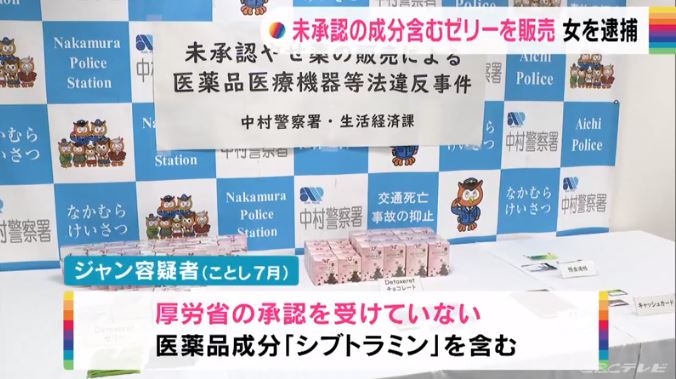 According to the police, the suspect is suspected of violating the Pharmaceuticals and Medical Devices Law by selling 30 “Detoxilet Jelly” containing “sibutramine” a drug ingredient not approved by the Ministry of Health, Labor and Welfare, for approximately 7,000 yen on an online auction in July of this year.

In response to the police investigation, the suspect denied the charges, saying, “I didn’t know that jelly contained such ingredients” and the police are investigating in detail the route of acquisition.

Sibutramine has side effects such as increased heart rate and blood pressure, and there have been health scares over this jelly nationwide, including heart palpitations and dizziness.