Man, poured an unknown liquid on a woman’s calf at JR Hatchobori Station in Tokyo

TOKYO – On the evening of the 19th, a woman was doused with liquid by an unknown person at JR Hatchobori Station in Chuo-ku, Tokyo. 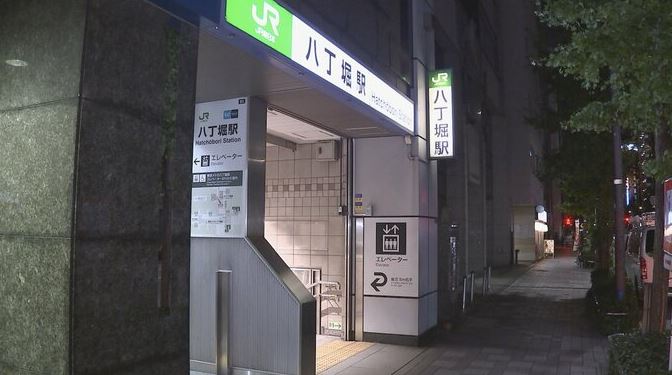 Man, poured an unknown liquid on a woman’s calf at JR Hatchobori Station in Tokyo (TBS)

At around 8:30 p.m. on last night, a station attendant reported 110 at JR Hatchobori Station in Tokyo’s Chuo Ward that a female customer came to report the incident.

According to the Metropolitan Police Department, the woman (40s) was walking along an underground passageway at a train station when she was suddenly touched by an unknown man and poured liquid on her left calf.

The liquid was colorless and thankfully, neither the woman nor passersby in the area were injured.

When the woman turned around after realizing that the man poured something on her, she saw the man who’s about 170 cm tall, probably in his 30s, wearing a navy blue suit with a top and bottom. Unfortunately, the man had left while the woman complained to station staff.

The Metropolitan Police Department is investigating the liquid as well as a possible assault.