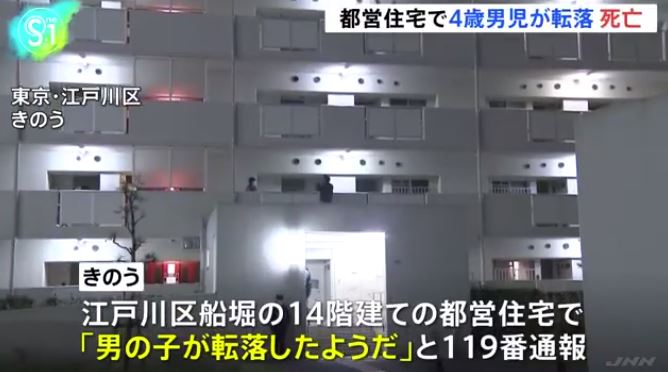 On the 22nd, a caller reported to 119 that “a boy fell down” at a 14-story residential building in Funabori, Edogawa-ku, Tokyo.

According to the Tokyo Metropolitan Police Department, a 4-year-old boy who lives in this metropolitan housing complex fell to the second floor roof when paramedics arrived on the scene. The boy was rushed to the hospital, where he was in a critical condition, but was pronounced dead about an hour and a half later.

The Metropolitan Police Department is investigating the details of how the boy fell from the 12th floor of the housing complex.

The scene is a housing complex about 300 meters north of Funabori Station on the Toei Shinjuku Line.