Old man, dead after getting hit by a cargo car while crossing the street in Nakagawa-ku, Nagoya City!

AICHI – Yesterday night, an old man (80s) was struck and killed by a cargo car on a street in Nakagawa Ward, Nagoya City. 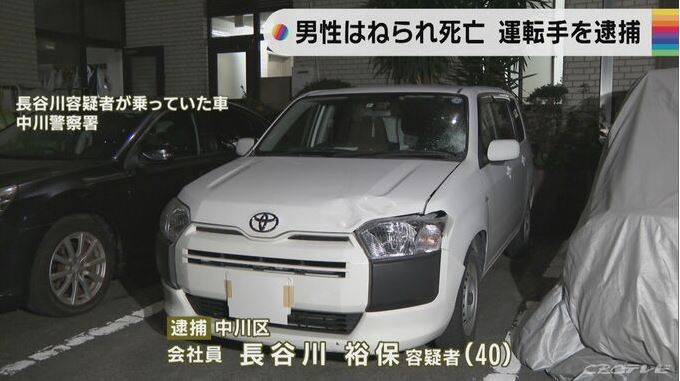 Old man, dead after getting hit by a cargo car while crossing the street in Nakagawa-ku, Nagoya City! (CBC)

According to the police, at around 9:15 p.m, November 8, the man was walking on a prefectural road in Noda, Nakagawa Ward, when he was hit by the car.

He was transported to the hospital, but died about an hour and a half later due to severe head injury.

The police arrested the suspect, Hiroyasu Hasegawa, 40, an office worker in Yokoi, Nakagawa-ku, on suspicion of negligent driving.

The police are investigating the detailed circumstances of the accident as well as confirming the identity of the victim.