Vietnamese national, arrested on attempted robbery and murder of a taxi driver using a hammer

AICHI – A Vietnamese national was arrested for striking a cab driver on the head with a hammer, robbing him of his wallet, and fleeing. 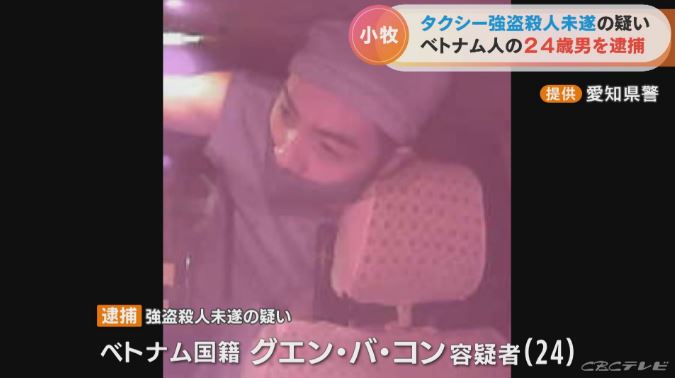 The suspect, Nguyen Ba Cong, 24, a Vietnamese national and a worker in Inazawa City, Aichi Prefecture, was arrested.

The man suffered serious injuries on the head. Nguyen denied any intent to kill the victim.

The police are investigating the motive.