5-year old boy, suffered burns on face after a failed flame restaurant at a steak restaurant in Okinawa

OKINAWA – On November 18, a 5-year-old boy was taken to the hospital due to the burns on his face after a failed flame performance at a steak restaurant in Tomishiro City, Okinawa Prefecture. 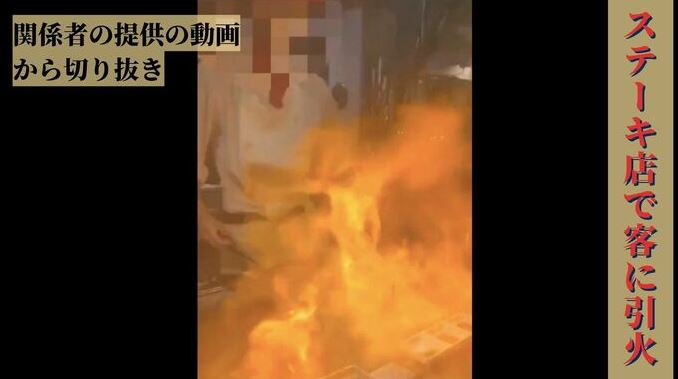 5-year old boy, suffered burns on face after a failed flame restaurant at a steak restaurant in Okinawa (RBC)

According to the investigation, an employee of a steak restaurant in Tomishiro City reported that “a 5-year-old boy suffered burns on his face and hands due to oil” around 8PM.

The boy suffered burns on the lower half of his face, and his father was rushed to the hospital with burns on his neck and other parts of his body.

Thankfully, the two were not in life-threatening condition, and the boy’s father and grandparents were dining together at the steak restaurant at the time.

According to the manager of the steak restaurant, the flame performance usually involves pouring high-alcohol liquor over the food to add aroma, then lighting it on fire to release the alcohol. At the time, part-time employees were performing the performance, but after the accident, all performance have been stopped.

The video, taken by the father also shows oil spewing from a container held by an employee. Oil is not normally used during a performance, so it’s being investigated why the employee was using an oil.