3 male factory worker, got buried alive by wood chips inside a building a material factory in Mie

MIE – Three workers were buried alive at a factory in Kawagoe-cho, Mie Prefecture; one was rescued and rescue efforts for the remaining two are ongoing. 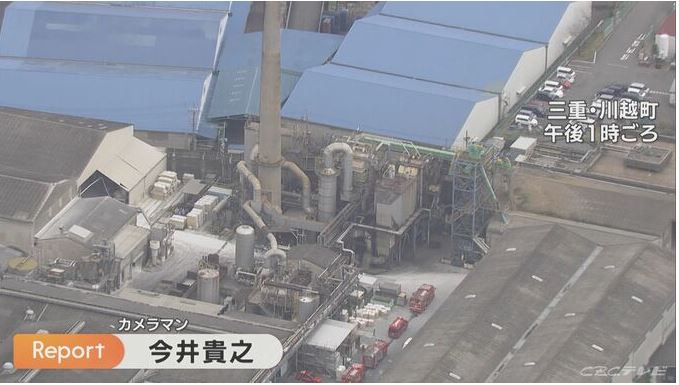 3 male factory worker, got buried alive by wood chips inside a building a material factory in Mie (CBC Terebi)

According to the fire department, at around 11:20 a.m. on November 28, an employee of Chiyoda Ute, a building materials manufacturer in Kawagoe-cho, Mie Prefecture, called 119 to report that three workers were buried alive in a silo.

The three workers, all men, were inspecting equipment to cool burned wood chips from the plant when they were buried alive by fallen wood chips.

Emergency crews rescued one worker around noon. The worker is believed to be in stable condition.

Rescue efforts are currently underway for the remaining two.