The number of people infected with the new coronavirus was announced to be 2,638 nationwide on the 5th. This is the first time in about four months since September last year that the number of infected people has exceeded 2,000. 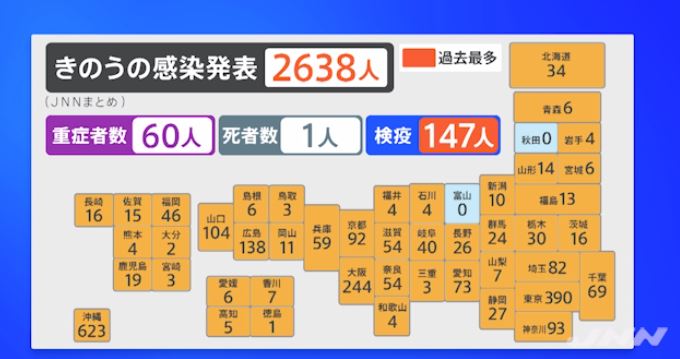 The number of newly infected people announced by the Tokyo Metropolitan Government on January 5 was 390, the first time since September of last year that the number exceeded 300. The average number of new infections per day over the last seven days is three times that of a week ago.

In addition, the Ministry of Health, Labor and Welfare announced that 147 new infections have been confirmed at airport quarantines, the largest number ever announced in one day.