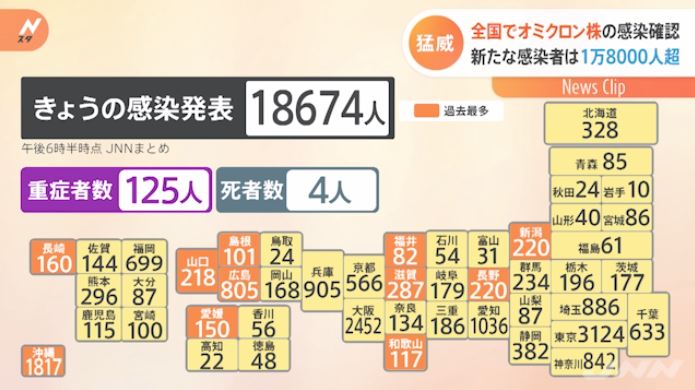 The number of newly infected people announced by the Tokyo Metropolitan Government on the 13th was 3,124. The number of new cases is about five times higher than the 641 cases reported last Thursday. This is the first time in about four months since September 2 last year that the number has exceeded 3,000.

The number of hospitalized patients with serious illnesses has increased by 20 from the previous day to 125, and four new deaths have been announced.