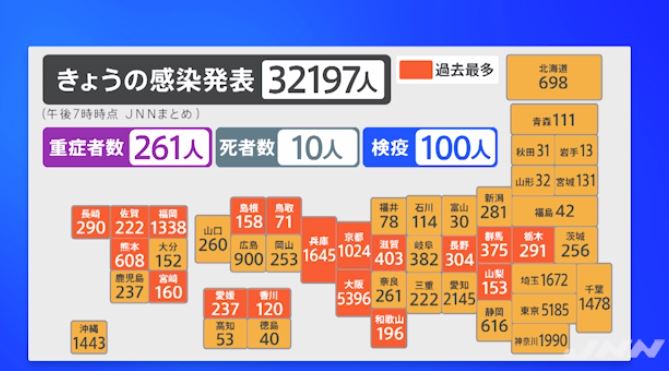 The highest number of people infected nationwide was 5,396 in Osaka Prefecture, far more than the 3,760 on January 16 and a record number. Infections are spreading rapidly in many areas, with 18 prefectures announcing a record number of infections per day.

Nationwide, 32,197 people were reported to be infected nationwide, surpassing the 25,990 cases reported on August 20 last year.

Of the infected people hospitalized nationwide, 261 are seriously ill, a fivefold increase in the first 18 days of this year. In addition, 10 new deaths have been confirmed.