TOCHIGI – In a case where an unidentified body was found in a suitcase in Nikko City, Tochigi Prefecture, an interview with the police revealed that the body is believed to be that of an adult. 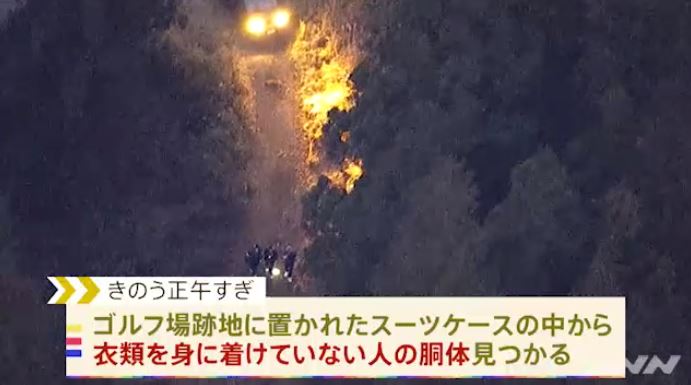 Shortly after noon on the 19th, a nearby resident reported that suitcases and other items had been dumped at the site of a former golf course in Nikko City, Tochigi Prefecture, and when the police checked, they found the torso of a person wearing no clothing inside the suitcases.

According to the police, the body is believed to be that of an adult. In addition to the suitcase, a sports bag was also found at the scene, and what appeared to be a body part was also found inside the bag.

The golf course where the body was dumped had stopped operations due to the torrential rains in the Kanto and Tohoku regions in September 2015, but according to nearby residents, access to the premises was possible. The police have begun investigating the case as a corpse dumping.