As of 6:15 p.m. today, a record number of 46,198 people have been infected with the new corona strain. The total number of people infected nationwide has exceeded 2 million. 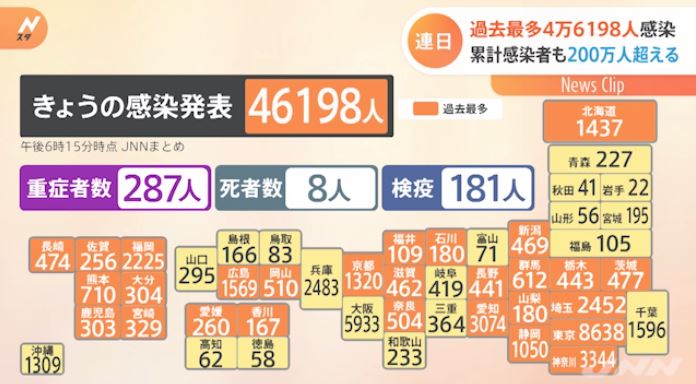 The Tokyo Metropolitan Government announced today that 8,638 people have been newly infected, a record number for the second day in a row. The utilization rate of hospital beds in Tokyo is now 28.9%, which is about 30% of all beds in use.