TOKYO – A Chinese woman has been arrested for stealing 109 cosmetics, including lip gloss, from a large commercial facility in Adachi Ward, Tokyo. The woman stated, “I couldn’t go back to China because of Corona, so I resold them to make a living. 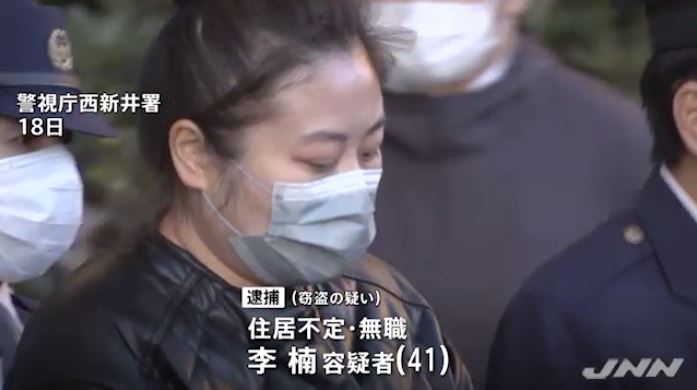 Li Nan, 41, an unemployed Chinese man with no fixed residence, was arrested on suspicion of theft. She is suspected of stealing 109 lip glosses worth 140,000 yen at a large commercial facility in Adachi Ward at around noon on November 2 last year.

According to the Metropolitan Police Department, Li is believed to have stolen them for the purpose of reselling them. When questioned, he admitted to the charges, saying, “I couldn’t go back to China because of Corona, so I was converting them into money to make a living.”

In the year since December of last year, there have been a total of 16 cases of cosmetics being stolen from commercial facilities in Tokyo and Saitama Prefecture using the same method, with the total amount of damage amounting to 2.11 million yen.