The number of newly announced infections with the new coronavirus exceeded 40,000 again on the 24th, a record number for a Monday. 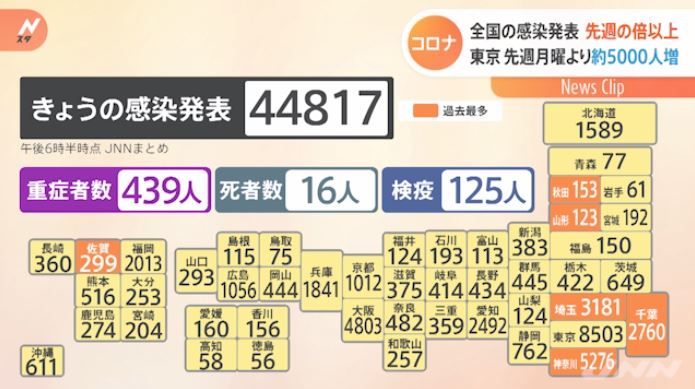 The number of newly infected people announced by the Tokyo Metropolitan Government on the 24th is 8503. The number of cases announced on Monday is the lowest in a week because the number of tests is reduced on Saturdays and Sundays, but the number is the highest ever announced on a Monday, up nearly 5,000 from last Monday.

In addition, Akita, Yamagata, Chiba, Saitama, Kanagawa, and Saga have announced a record number of infections per day. The total number of announced cases nationwide is 44,817, more than double the number announced last Monday.

Of the infected people hospitalized nationwide, 439 are in serious condition, and 16 new deaths have been announced.